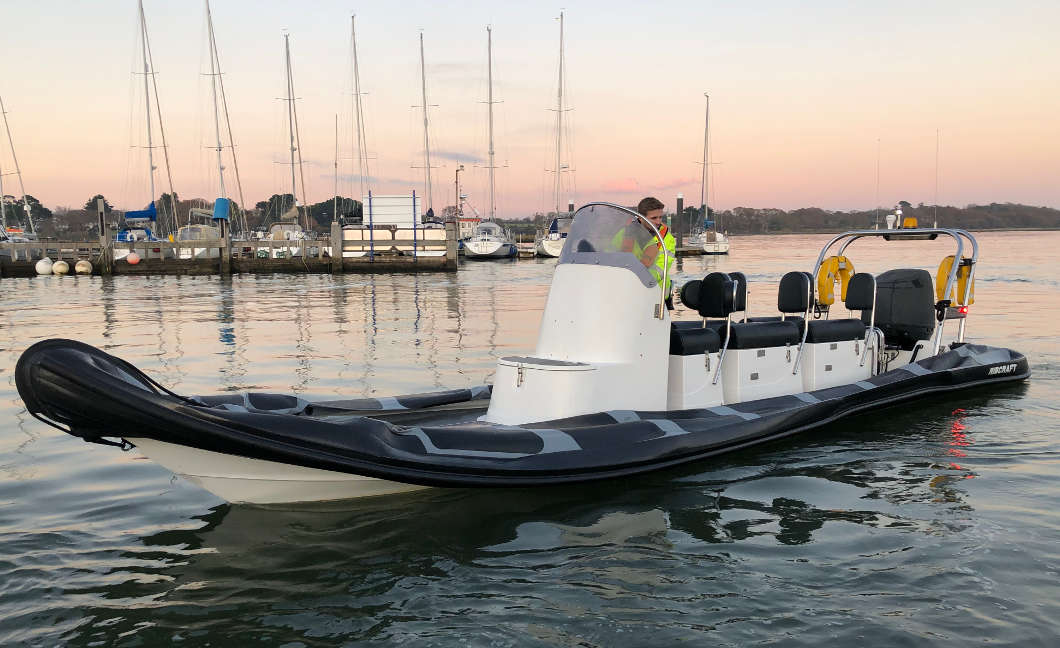 Have you ever wondered what would happen if the tubes popped or the air valves failed on a RIB whilst afloat? Well, with an ever expanding fleet of Open and Cabin RIBs, we thought it would be wise to put this question to the test!

A RIB is a Rigid Inflatable Boat, the bottom of the boat (the hull) being the rigid part, and the tubes being the inflatable part. All the RIBs in our fleet are constructed by joining a solid hull, either fibreglass or aluminium, to inflatable tubes which are made from hypalon rubber, an extremely strong durable material also used on coastguard and police vessels. The two sections are joined together with Hypalon Adhesive, a glue capable of holding the tubes to the hull even when put through rough weather and demanding sea conditions.

The tubes are designed to be inflated to a high pressure giving them rigidity, acting as the boat’s life jacket. The question is, if the tubes were compromised, would the boat still float?

Although hard to see from the outside, almost all inflatable tubes are designed in multiple internal sections to reduce to impact should you puncture your tubes. The more chambers a boat has the more redundancy the boat is considered to have. The photo below is from one of our 8.8m Open RIBS where we removed the air from one section to demonstrate exactly that. If you were at sea with a single section deflated like this the Rib would still float but you may take on more spray and wash due to the freeboard being much lower to the water line. 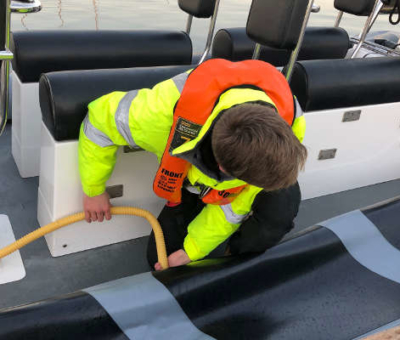 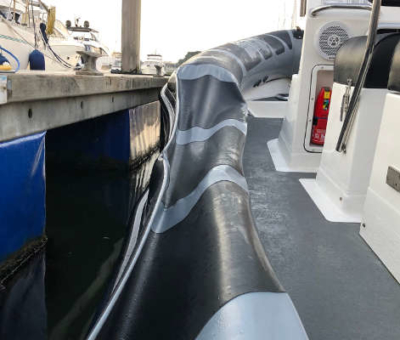 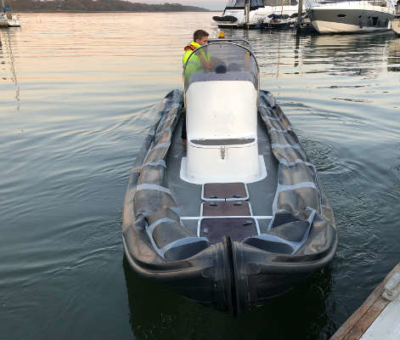 Now, let’s say worst case scenario all sections of your tubes were flat, what happens then?!

Thankfully the people responsible for building and supplying our RIBS, Ribcraft, have done the hard work for us ensuring the hull of the boat will float independently of the tubes. Without explaining the maths and science behind it and in simple terms, if the weight of the RIB is less than the volume of water it could ever push aside, it will float. A few willing volunteers of the CRC operations team thought they would test the maths! In a safe controlled environment, the guys took to the water and released air out of each section until the boat was floating on the hull alone.

Although the boat does still float, it is far from safe to take to sea. The tubes on a RIB are responsible for aiding stability, working as stabilisers during choppy conditions on the water, as well as displacing heavy loads when driven through rough sea conditions. With regards to handling, even round the marina the guys found the maneuverability to be slower and less responsive due to there being more surface area of tube to push through the water. It’s safe to say you would only drive a boat with deflated tubes to get you to safety before you could receive assistance.

The tubes also act as a freeboard for any wash or swell that would otherwise flood the deck. If the deck and hull were both full of water, and the tubes were deflated, you would be at risk of sinking, so when the tubes are needed for flotation, they need to be inflated!

Head over to our website to check out ‘Our Fleet’ of Open and Cabin RIBS.

Shallow Draft Survey Vessels →
← So you want to be a Skipper with Commercial Rib Charter?